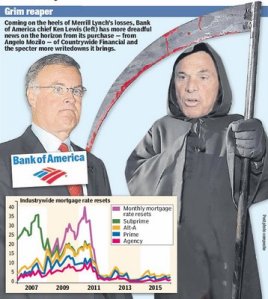 Well I have been on vacation from blogtown for a while and it is not because of a lack of material for blog topics. I am just still stunned by scalia and the rest of the misbegotten brethren on the court who finally clarified that corporations are people just like you and me. I’m glad they cleared that up. Does that mean that corporations can be imprisoned and executed like people, waterboarded like people,TAXED like people? Does it mean that if a corp buys another corp that it is engaging in slavery? The repubs are dancing in the aisles and the dems including our dear leader are predicting Armageddon.The fact is that the court has now codified a reality that has existed for decades. To wit the corporations own the government, lock stock and barrel.They write our laws, wage our wars and determine our destiny. The financial corporations with their lobbying arm, The Federal Reserve, control monetary and fiscal policy and to a large extent foreign economic policy by virtue of dominant representation in the IMF and the World Bank.The situation is utterly out of control. We have America’s favorite bank led by Lloyd Blankfein of Goldman Sachs jamming his financial proboscis into the heart of the taxpayer sucking the life out of our children. This is the same Goldman that received $12.7 billion from Hank and Timmy and Benny in TARP last year while declaring a profit of $12 Billion and paying out exec bonuses of $16 billion paying an effective corporate income tax rate of 1%! The American people are outraged and even Barack is beginning to push back with populist rhetoric shades of Andrew Jackson. But even if you believe in the sincerity of our dear leader, I do not think that this will be change we can believe in. The recently proposed Volker Rule which would in effect reinstate aspects of the depression era Glass-Steagal Act is already meeting stiff opposition from members of the Senate Banking Committee like Richard Shelby(R) of Alabama who fully intend to take care of Goldman and the other phony casinos who pretend to be banks and who contribute heavily Senator Shelby and others. And now that there is no limit to how much money, Shelby can get from Goldman, you can be sure that Richard will do whatever it takes to keep Lloyd and the rest of his blood funnel brigade happy.
There are a few green shoots visible . NY AG Andrew Cuomo yesterday brought civil charges against former Bank of America CEO Ken Lewis for fraud. And today the Italian government also seized assets of BOA in Italy. You may recall that former Goldman CEO and Treasury Secretary Hank Paulson referred to BOA and Ken Lewis as “The Turd in the Punchbowl”. You will have to ask Hank to elaborate on that one. It’s my view that this is a punchbowl full of turds including Hank and Tim and Summers, Rubin,Greenspan, Jamie Dimon et al. And TARP prosecutor Neil Barofsky, one of the few heroes in this mess is promising more indictments . We can only hope.