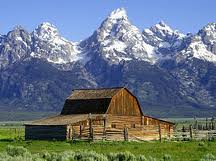 The Corpus Callosum column by Jonathan Schlechter is always worth a look in the Jackson Hole News and Guide .  His columns in the Jan 11 issue inspired me to make a few comments. To refresh your memory, Jonathan discussed how economic activity and taxable sales related to that activity have changed in the past 5 decades and particularly in the past 10 years. This mirrors changes in the state and national economy in the same period.  In the 1950’s and “60’s the US was a balanced dynamic economy producing goods and services not only for its own citizens but worldwide. The industrial expansion following WW 2 fueled a growing middle class who produced “things” from our resources generating real wealth and rising incomes to a growing middle class. Government’s funding model was to tax companies and individuals involved in this post war boom .By making things, companies and individuals could buy things and people went from being citizens to becoming consumers. This was a time of real economic growth fed by very low energy costs and a huge economic advantage enjoyed by the United States who did not have her industrial base bombed to rubble as did Europe and Japan.  It was a time of low debt, rising productivity and rising incomes across all strata of society. This economic model started to change in the 1970’s and ‘80s and the broken economy of today bears little resemblance to the economy of 50 years ago. But what has changed? How has it changed?

I would like to summarize how I would fund government in the current recessionary environment. In general I believe you tax what you want to discourage or where you want to find income. You might tax smoking or alcohol to reduce consumption for example, or tax imported oil to reduce the trade deficit. The tertiary economy should be taxed at the very least at the same rate as the working economy. Even a famous conservative, Ronald Reagan in the Tax Reform Act of 1986 raised the capital gains rate to the same as ordinary income. Warren Buffet, one of the nation’s richest billionaires also has come out in support of this concept. If you want to encourage jobs and earned income, the tax rate should be low.  But instead the tax rate is low or non existent for members of the Tertiary Economy. Goldman Sachs, the world’s most powerful Investment bank in some years has paid No taxes. IN 2008 they were at the 1% bracket despite receiving Billions in taxpayer largesse. It is time for local state and federal taxing authorities to tax the Tertiary economy which creates no real wealth but amasses fortunes and stop taxing economic activity, people and companies who create things and who actually work for a living.

I offer the following concrete suggestions to fund government. Some of the ideas are my own and some have been suggested before. Some would not be possible without changes to current tax law.

2.Tax all financial transactions which would include real estate both commercial and residential, equity, bond and mutual funds trades, derivative trades, bank loans, hedges, insurance premiums etc.  For example, the amount of derivatives in the world economy is estimated in the $ Hundreds of Trillions ! Just a 1% tax on dervatives would yield trillions of dollars. That would raise a stock trade for me at Charles Schwab from $8.95 to $9.04!  Over 70% of US equity trades are said to be high frequency trades(HFTs), computer generated trades which add to the volatility of US markets benefitting only the tertiary folks in the investment banks and hedge funds.

3. Tax LBO and hedge fund activity at the same rate as ordinary income.  Many hedge fund managers have made in the hundreds of millions to billions in a single year and yet pay no more than 15% capital gains rate. This would only reinstate the policy of Ronald Reagan.

4. End subsidies to companies in the tertiary economy. Under current tax law, the overseas income of corpations is often shielded and deferred, sometimes forever. The  aircraft leasing arm of  Gerneral Electric has used this dodge for decades and it’s corporate taxes are often way below 10%.

5. Lower earned income and corporate taxes from a top rate of 35% to say 20-25% in the non financial sectors but make it a flat tax that will be paid regardless of deductions.

6. Wyoming is a state where the 1% club flock to, to avoid punishing regional and state taxes. There are many ways to tax the  unearned or inherited wealth of  these newcomers arriving from elsewhere. Many Chinese and Asian newcomers are moving money out of their countries to avoid taxes. The uberwealthy newcomers to Teton County have driven up the cost of housing to levels unaffordable to what’s left of our middle class.

7. Regardless of the incorporation structure, taxes to support  necessary government expenditures should be paid by anyone who straps on shoes and walks our soil and that would include non profit corporations, churches,and state and local buildings.

8. Tax all unproductive wealth. Under current Wyoming law billionaires can shield hundreds of millions by for example setting up a ranch corporation of thousands of acres and pay little or nothing in property taxes because they are taxed at an agricultural rate. The nuts and bolts of a law going after this time honored dodge of the wealthy  and money launderers while not punishing productive farmers and ranchers would of course have to be worked out. Taxing raw land and raw lots at a rate to discourage buy and hold socially unproductive investment would free up the land for productive use. The way it is done now is to tax the land with a structure on it at far higher rate  than raw land. Use it or lose it.

9. Institute a carbon tax on the transportation sector. Road and port construction and maintenance should be 100% supported by users.. An easy first step is toll booths on the Interstates. Many states do this now. Commercial aviation pays little in the way of fuel taxes while using vast amounts of fuel burned in inefficient turbine engines spewing an enormous carbon load. Even private aircraft pay a trivial tax of only about  20 cents a gallon while the average automobile taxes are $.51/gallon, which itself is only about 6%.

Of Course I am aware that these suggestions are anathema to the  upper caste financial elites of the world who have purchased our political leaders and molded our tax laws at great personal expense. I have tried to explain how our economy has changed in the past several decades and continuing the current tax system of taxing earned income and ignoring unearned income needs to change.  In an upcoming blog I will attempt to lay out our economic future if we fail to enact some or all of these ideas. Sadly, I think the most likely scenario of state and local economies will be default. As James Schlessinger has said, we seem to have only two modes, complacency or panic.